Can our surroundings fuel addiction? 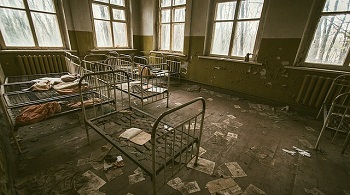 According to new research published in the journal Learning and Memory, our environment and surroundings can have an effect on fueling addiction. For instance, a person who used to smoke may trigger an addiction cue when walking down the same street or entering a restaurant, he used to do as a smoker.

Why does this happen? Our brain works by chemical signals and this simple action releases dopamine as a reward for recognising your surroundings, thus laying down yet another memory of your surroundings. Unfortunately, the same response also triggers a memory of smoking if this is what you were doing when you first had the same experience.

This simple uncontrollable response is what makes it hard for us to control our addictions. Our dopamine response is vital when it comes to memory function. Without dopamine, you would have a hard time recalling and remembering the most basic tasks. Unfortunately, the same hormone comes into play when we deal with any kind of drug addiction. After all, addiction is a repetitive event which is often involuntary.

Scientists from the University of Guelph in Canada have investigated this issue and found there is a clear link between drug addiction and our memory. The question is, how does this association function in real life?

The scientific team led by Professor Leri was interested in investigating the effects of cocaine and nicotine addiction on the way memory forms. Previous studies have suggested there is a link which is triggered by emotional memory and response to outside factors. In other words, a former smoker who sees another person smoke will start to feel good as his brain recalls the smoking experience and starts to experience happy emotions.

The team was interested in demonstrating the links between memory and learning. Some previous studies have shown a link between cocaine and nicotine and improved long-term memory formation. This is the link the team wanted to investigate and learn more about.

During their experiments, the team fed rodents cocaine and nicotine. Afterward, they put the rats in test chambers to test how well they recalled new objects. They also conditioned the rodents to associate drugs with environmental stimulation.

To prove results, they tested the rodents’ memory without drugs but did use the environmentally stimulating factors. The rats’ memories proved to be more active in chambers where the scientists had fed the rats drugs.

From this, the scientists concluded that environmental factors have a strong influence on addiction.

In other words, to improve your chances of successfully recovering from a drug addiction problem, it could be better to remove yourself completely from your normal environment. This is probably why treatment programs in clinics are so much more effective than day patient drug treatment facilities.

Checking yourself into a treatment clinic for a certain period of time would seem to increase your chances of recovering from a drug-related health issue quicker. It takes you away from your everyday environment where you are exposed to memories resulting from environmental cues.