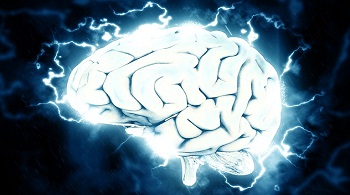 Research into alcohol addiction has always been controversial. Now researchers in the United States and Sweden seem to have found a link to a faulty signaling mechanism in the brain. Is this the reason why only a small of people become addicted to alcohol? Based on a study carried out on alcohol addiction in rats, it could very well be the case.

The team from the United States and Sweden found that the rats had an impaired brain mechanism which was not dissimilar from the one found in brain tissue in humans that used be addicted to alcohol when alive. The mechanism seems to inhibit the removal of a substance called GABA which inhibits the signaling in and around neurons in the amygdala. This part of the brain is associated with learning, memory, motivation, and emotion.

The results of the project were reported in the journal Science in which the scientific team explained that 10 -15 % of the test subjects developed alcohol-related problems.

The study claims to show that 15 percent of the rats which were exposed to alcohol subsequently continued seeking out alcohol and became addicted. The tests subjects continued to take in alcohol even though other options such as sugar water were available. It could be worth pointing out that the majority of rats switch to sugar water when this option was offered to them.

Interestingly enough, the alcohol-seeking animals behaved in a similar sort of way to humans addicted to alcohol. Even though they were given an electric shock to a paw when they accessed alcohol, they continued to ingest the substance. It soon became clear to the participating scientists that the rodents were indeed highly motivated to get to the alcohol despite the consequences or alternative reward option.

According to Markus Heilig, professor of clinical and experimental medicine at Linkoping University, a core feature of addiction is the need to have something even if that addiction is going to kill you. This is exactly what took place during this experiment.

Can Signalling Problems in the Amygdala Be the Cause?

Post mortem examination of the rats’ brains, found what the scientists called a disruption of motivational control. First of all, they looked at the gene expression in various parts of the brain. The biggest differences could be found in the amygdala.

The findings clearly showed the codes for a protein called GAT-3 were expressed at much lower levels in the rats which continued to favor alcohol. GAT-3 is what is known as a transporter protein. In other words, it clears the area in and around the neurons from GABA. The study even seems to indicate that the fundamental nature of GABA signaling changed.

To verify their results, they ran another series of tests where they “silenced” the GAT-3. the effect was immediately noticeable. The rats which had GAT-3 protein silenced ( turned off) switched over to sugar water. Once they were again given the choice between alcohol and sugar water, the rats chose alcohol.

The Same Feature as In Human Brain Physiology and Chemistry

At the end of the research period, results were worked on together with a team from the University of Texas in Austin. The scientists found that levels of the GAT-3 were significantly lower in the brain tissue of human individuals with a history of alcohol addiction.

Now the scientists have proposed that the findings will, and can lead to improved treatments for alcohol abuse. The drug Baclofen which is used to treat muscular tension has shown some promising results. Baclofen will help to suppress GABA release according to Professor Heilig. More research is required to confirm the results.

There is a distinct possibility that other factors may be at play, and it is hard to diagnose the faulty function without brain tissue from the correct region of the brain. If a reliable test could be developed, this could be used as an effective diagnostic tool to help to understand if this is what affects a person when seen by a doctor.

The research team behind this exciting discovery is currently working on a treatment for alcohol dependence. It consists of developing a second-generation molecule which will help to control the release of GABA. Early results are promising. However, there is still a lot of testing which needs to be done before this drug can be licensed and brought to the market.