Child and adolescent anxiety could be linked to later alcohol problems 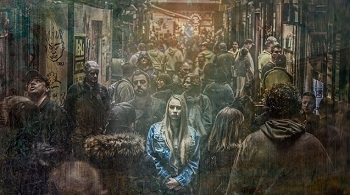 A research team from the University of Bristol in the United Kingdom has found evidence that some children and young adults who suffer from higher levels of anxiety early on in life are much more likely to develop alcohol problems. Does this mean that young adults with anxiety problems are likely to become binge drinkers? Although this link was examined, no clear conclusion could be arrived at.

Other studies have previously indicated a link between anxiety and alcohol abuse, however, the results have been inconclusive. While some studies have found higher levels of anxiety are linked to excessive drinking, others have indicated that there seem to be little or no connection at all.

The research team carried out a complete controlled review of 52 studies from 11 countries including Germany, Finland, and Canada to investigate the link between later in life alcohol and anxiety.

One of the P.hD students involved in the research, Ms. Dyer, said that the findings seem to indicate there are some links to young people with higher anxiety levels developing alcohol problems. More research is needed to establish associations and if early-onset anxiety does lead to alcohol abuse later on in life.

The problem is that there are a plethora of factors at play. First of all, we need to take a serious look at the socio-economic backgrounds of the groups in the studies. It is well known that many young people who come from poorer backgrounds are likely to resort to alcohol abuse later on in life. Do they suffer anxiety as young adults? Unless a clear psychological profile has been established, it is not easy to say if they suffered from early onset anxiety or other mental health issues.

It is easy to lose sight of the fact that anxiety is a mental health problem. Perhaps many young adults will resort to drinking excessively later on in life to help them to deal with problems experienced in childhood. But, did they suffer from anxiety?

Taking the issue a little bit further, it seems that there may even be a link to depression in young adults and alcohol-related health issues in later life. This can even be linked to more serious addiction problems such as abuse of both recreational and prescription drugs. As a matter of fact, there is an increasing amount of evidence that seems to indicate young adults with depression will go on to develop an addiction to prescription drugs later on in life.

The Cost to Society

Although little research has taken place into the cost to society when it comes to depression and anxiety in young adults, it is clear that there is one. Many young people who suffer from anxiety and depression will go on to achieve poor academic results and educational qualifications. In fact, they may even need ongoing support for the rest of their lives.

It is generally felt that should they have received more support in early life, they would indeed not resort to drugs or alcohol abuse in the first place. Establishing if there is a group of people who are especially affected can be difficult to do. But, it would appear that young adults from wealthy backgrounds are more likely to resort to abuse of both recreational and prescription drugs rather than alcohol.

As with all alcohol and drug-related disorders, there is a need to establish the underlying cause. Often, doctors and mental health workers have found that a mental health issue developed in childhood seems to be carried on into adulthood. If the problem is not resolved, the end result is often some reliance on or abuse of drugs and alcohol.

If these problems had been tackled earlier on, it is much more likely that the individual concerned would have suffered less demanding mental health issues as an adult. Tackling these issues later on in life is often much more difficult, and will require help from professionals. If the end result has been some kind of substance abuse, time spent away from daily life in a clinic and working with health care professionals will often help.

Drug and alcohol rehab can take many forms. If you find yourself in need of help, it is vital to find the right rehab facility for you. With specialist care and help, your adult drug and alcohol problem can become a thing of the past. However, be aware that you may indeed need at least some ongoing support for the rest of your life.