Why Alcohol May Be Less Harmful to People over 50 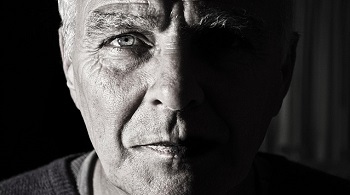 A recently undertaken study suggests alcohol consumption may have a different impact on your health depending on your age. When it comes to people over the age of 50, these findings suggest the impact of alcohol may be less serious than previously thought.

Heavy drinking is normally linked to serious health risks including cancers, circulatory disease, liver issues and damage to the neurological system which does, of course, include the brain. Moderate drinking may even have some positive health benefits as seen in many Mediterranean countries where doctors recommend a certain amount of alcohol as part of the daily diet.

It is easy to overlook the health benefits of the many antioxidants found in red wine. All red wines contain a variety of antioxidants which can help to keep your heart healthy and reduce overall inflammation in the body. Both health conditions are associated with the over 50 age group.

There is little surprise that the study has been well-received by the over 50’s. However, more research is needed to finally prove the suggested positive health effects of moderate drinking according to Dr. Timothy Naimi of the Boston Medical Centre in the United States.

A New Approach or Flawed Study

When you start to take a look at the pros and cons of drinking in moderation over the age of 50, you will come across a range of issues. Dr. Naimi was keen to point out that those who are established drinkers at the age of 50 are survivors of their own alcohol consumption.

In laymen terms, that would mean many others who would have today been in the same age group may have perished because of their alcohol consumption at an earlier age. The deaths are not taken into consideration and could, in fact, underestimate the serious nature of drinking. As these individuals are deceased, other health factors can’t be ruled out. These individuals may have had a range of other health problems which could have played a role in their deaths.

Why Does Age Matter?

According to data obtained from the CDC – Centre of Disease Control in the United States – a person change of dying from alcohol-related health issues were influenced by age. Data seemed to show that an approximate percent of 35.8 could be related to deaths associated with alcohol in the age group of 20 to 49 years. In the same age group, scientists found that only 4.5 % may have been prevented from death because of alcohol consumption.

Looking at the age group of over 65, scientists think that 80% of deaths could have been prevented by moderate alcohol consumption. In other words, you are much more likely to die from an alcohol-related illness if you are younger than 50 years old.

Why Are You More Likely to Die from Alcohol-Related Health Issues When Under 50?

There are a plethora of reasons why you are likely to die from alcohol-related health problems when under 50. Most importantly, it has to do with the amount of alcohol you consume.

Many alcohol-related deaths in the UK are associated with the modern UK culture of “binge drinking”. Drinking excessively over the weekend with your friends does not give your body a chance to recover. The liver finds it harder to cope with drinking a large amount of alcohol over a period of two days than it does with moderate drinking.

In the UK, there are also other associated factors. One of them is drug taking in combination with alcohol consumption. This problem is less evident in the United States. But, in the UK, it has been noted that recreational drug use is linked to both early death and alcohol problems. A two-fold problem is always going to increase the risk of you dying from alcohol associated death a much more likely case scenario.

Excess alcohol consumption is still a problem in the UK and elsewhere. It can lead to early death or have other serious health problems. As you age, you are likely to cut back and start to drink less.

Also, you may change what you drink. Cutting down on spirits and beer consumption will lead to weight loss. With weight loss comes fewer associated health risks. When you factor in the health benefits of a glass of red wine per day, you may find drinking in moderation over the age of 50 will have some health benefits.