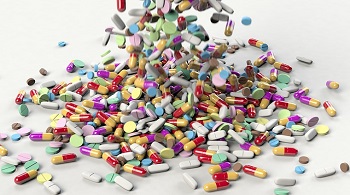 The United States has one of the biggest problems with opioid addiction in the world. During 2017, at least 70,000 died from drug overdoses in the United States during 2017. This is a staggering figure. It means that more people died from drug overdoses than from car accidents, gun violence and HIV related deaths in one year. It is by far the worst statistics of any country in the developed world.

But what about the UK? The opioid crisis is set to be the next big crisis to hit the UK. Opioid-related deaths in the UK rose by 29% during 2018. A staggering 10 million prescriptions for opioid drugs were issued during 2017 when compared to 2007. This is a huge increase.

Sadly a lot of people who suffer from chronic health conditions simply don’t know that they are addicted to opioids. As their prescribed medicine seem to become less effective, they simply start to self-prescribe. Opioid medication can be purchased online today, and controlling the supply chain is difficult. However, it is easier to become addicted to opioids than previously thought. As a result, an increasing amount of people are suffering from uncontrolled opioid abuse which can lead to accidental overdoses.

Signs and Symptoms of Opioid Addictions

The most common opioid-based prescription drugs in the UK are codeine, tramadol, and fentanyl. They are often prescribed by family doctors to treat a range of chronic pain and inflammatory conditions. The problem is that patients are “left on them” and their basic medical problem is not treated.

The symptoms can vary a great deal and this is what makes the condition so hard to treat. However, these are the 10 most common symptoms associated with prescription drug abuse:

Is your GP up to handling the situation? Unfortunately, your GP may not even associate these symptoms with prescription opioid addiction and put them down to other health conditions instead. Very little training is being offered to UK GP’s with regard to prescription drug abuse. It is true that clinical symptoms can be confusing, but should we not be asking ourselves more questions about the medication that we are taking?

What Action Should You Take?

If you are at all concerned about your symptoms, you should at first talk to the doctor who issued the prescription to you. It is crucial that he or she understands that you may be having a problem. As this can be very stressful, it is a good idea to write down your symptoms.

Symptoms of prescription drug addiction tend to vary throughout the day. Try to describe the symptom as much as you can, and at the same time, tell him what time of the day you have experienced the symptom. Drug addiction is such a confusing condition and your doctor needs to have as much information as possible.

What If My Doctor Can’t Help?

When your doctor does not recognise the fact that you may have a problem, it is time to turn to alternative sources of help. Private rehab clinics have sprung up in the UK, and it could be a good idea to get in touch with a private clinic.

The truth is that a private clinic will have better resources to deal with your problem. Going through the NHS based system may mean waiting for a long time. During that time, you may find yourself unable to work and your condition may even worsen.

As soon as you spot any symptoms which you are concerned about, it is best to seek help as soon as possible. Should you be ashamed? Of course, you should not be ashamed. Even prescription drug addiction is a medical condition. It can be successfully treated, and the sooner it is noticed, the better it is for you.