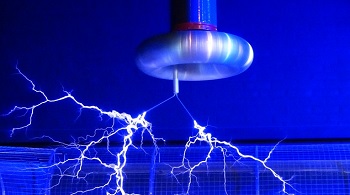 Smartphone obsession is the excessive preoccupation and urge of behaviour that results in physiological distress as well as impairments in daily life. For, instance, if you are addicted to your device you will check it constantly and experience detachment and anxiety when you are unable to view your notifications.

This can lead to depression, substance use as well as decreased well-being. The sad news is that the more you become inseparable with your smartphone, the more likely you will lose your social ties and induce loneliness. This can end in a vicious cycle.

Several factors can contribute to smartphone dependence. Topping the list is lack of self-control. The ugly truth is that low self-control is linked to smartphone craving and leads to monitoring of social media platforms to see whether someone has tried to communicate to you or liked your posts.

Stress is also linked to smartphone addiction. Access to the internet can be used to remedy stress. The opposite can also be considered. If you are constantly on your phone, you will get distracted and won’t complete your daily duties. This can cause performance issues and lead to lots of stress.

And that is not all! A true smartphone addiction can be more harmful than it initially seems. Even if you don’t have a full-blown addiction to smartphones, spending too much time on your device can still be unhealthy. Every minute you spend glued to your smartphone is a moment not spent with your loved ones.

Whether you are a smartphone addict or simply want to slash the time that you spend with your device, you can take advantage of Block, a portable hexagonal cage designed by Ernst Koning and other Dutch entrepreneurs like Sidney Vollmer, Daan Van Dam and Fabian Sapthu, to stay away from your smartphone and have peace of mind.

The device is also referred to as a fancy Farraday Cage. The original cage was created by an English scientist named Michal Faraday back in 1836. Block consists of a mesh wrapped electromagnetic prof shield that bars your smartphone’s connection. Store your device inside it and close its lid to cut off all connections. Block is large enough to hold up to seven smartphones.

It uses 19th-century technology to disperse electronic currents originating from internal or external magnetic fields including Wi-Fi and other phone signals just like Faraday’s invention. You will be able to feel more present at the moment when you keep your smartphone away and remain offline.

Staying offline is nowadays considered a luxury according to Block’s designer Koning. Since almost over 60% per cent of the population own smartphones, it is rare to have moments without pings, requests or pushes. Block will help you to have a healthy time with your device and create time for you to spend with your family or friends.

The case is prepared in a variety of colours to make selection a stroll in the park. For instance, it is available in black, yellows, aluminium or green. This device is very effective compared to switching your phone as it removes your device from the sightline of other users. Blocks designer’s claim that just having your phone nearby can prevent you from engaging socially with others, focusing and reduce your brain power significantly.

The brand aims to collaborate with animators, photographers, sculptors, writers, painters and audio designers in their next step to address and reflect on being offline in an increasingly digital world. Block’ first collaboration will be with Tim Van Der Weil, a 3 D designer and audio designers Kloaq.

Other artists that have gone out of their way to fight smartphone addiction include Matteo Bandi, a Royal College of Art graduate, who showcased numerous objects that only function when linked to a smartphone, that he invented to help folks avoid using their devices.

Additionally, designer Klemens Schillinger came up with a set of a therapeutic phone like objects that helped smartphone users cope with being unable to utilize their smartphones.

Meanwhile, Alter Ego Architects, from Serbia, have come up with a concept for a 3D printed mobile phone without applications to stop people from getting glued to the screens of their phones. The device only features numbers and symbols to prevent users from looking like zombies while using it.

Smartphone addiction is a huge concern and even more, concerning is how the youth are getting addicted to their devices. As people become more addicted to their phones, they spend most of their time using them and eventually lose touch with the outside world.

Human connection is critical for both mental and physical well being and when you lose it you will spend more time on your phone than interacting with those around you.