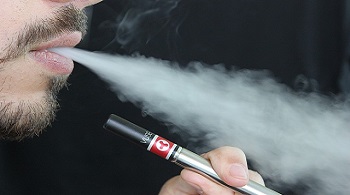 In the United States, 1.62 million more students in middle and high school were found to be using e-cigarettes in 2018 when compared to the same spectrum in 2017 according to sources from a leading pharmaceutical company. Vaping is often promoted as a non-harmful way of “smoking” instead of traditional ways of smoking. The question is – is it safe?

The fruity flavours and cool “gear’ associated with vaping seem to be what is fueling this new trend of smoking. Initially, most researchers and doctors were not too concerned, but the tide is beginning to turn on youth vaping culture.

Although most vaping products only contain low levels of nicotine, other factors come into play. We know that addiction is not only about harmful substances such as nicotine and alcohol. The culture and repetitive behaviour aspects should at all times be taken into consideration. Is vaping “breeding” a new generation of nicotine addicts?

Nicotine addiction at an early age will lead to a range of serious health problems later on in life. Not only will it lead to cardiovascular disease, but there are clear links to poor brain development and function as well.

It is well recognised that students who smoke have poor academic results and may even find it hard to study. Many complain of experiencing what is often called brain fog. Although this is strictly not a medical condition as such, it is thought to be as a result of poor oxygenation in the blood as a result of smoking.

Some students who were “ into vaping” at school do often transfer their habit into smoking traditional cigarettes and even cannabis later on. They may not have been addicted to the substances found in vaping blends, but there were introduced to an addictive habit.

Should Vaping Be Banned?

We are not sure what the long term effects of vaping are on the general population. It could be completely innocent, but it could also lead to other forms of addiction. Most young people who are into vaping say that they find it hard to quit when asked to do so.

This is a sign that some form of addiction is at play here, and we need to take a look at how we can best deal with that. If it is found that vaping does lead to other forms of addiction such as smoking cannabis, maybe we should ask ourselves if vaping should be controlled.

Any form of addiction is a complexed problem, and if you think that you may have an addiction issue, it is best to seek help.